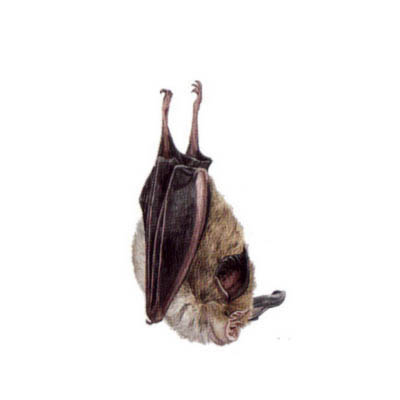 Medium-size bat that measures between 43 and 58 mm (body-head length) with a tail ranging from 22 to 30 mm. The coloration of the ventral part is lighter than the dorsal, greyish brown. Juveniles tend to have paler coloration than adults. The noseleaf is sharp and a little curved on the top. The colour of the membranes of the wings is greyish brown. The ears, 17 to 24 mm long, are also brownish. Its forearm ranges between 42 and 50 mm and it can weigh between 14 and 18 g. 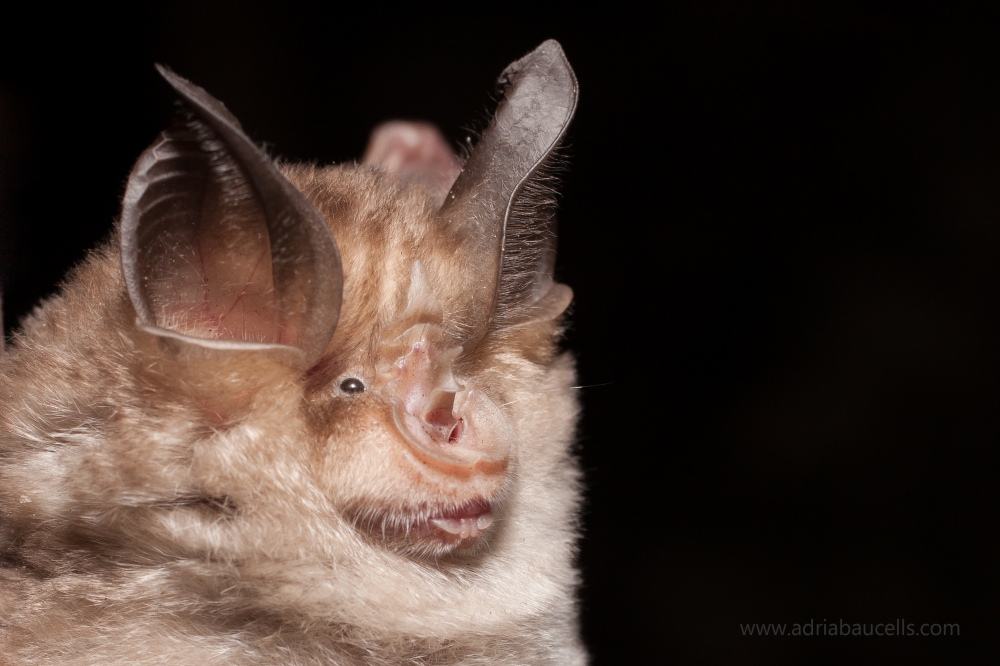 This species' distribution area includes the south-east regions of the Iberian Peninsula, central France, south of Italy, south of Slovakia, north-east of Romania, northwest of Africa (Morocco, Argelia and Tunisia) and from the south of Caucasus till Turkmenistan.

It can be found in habitats up to 1360 m of altitude, especially in Mediterranean valleys with bushes and forests.

It is considered a sedentary species even though it seasonally travels few tens to hundreds of kilometres from the summer to the winter roosting sites.

The diet is composed by moths and other insects, occasionally from the Brachycera, Neuroptera, Tipulidae and Hymenoptera groups.

The maternity colonies can harbour from few individuals to 1500 animals. These colonies can be formed in natural or artificial underground roosts. Pups are usually born in the middle of June. Usually each female gives birth to only one pup and youngsters get independent after 50 days of life.

According to The IUCN Red List, the specie is considered Near Threatened. The species is protected by the national laws of many countries directed by the Eurobats Agreement, Bern Convention and EU Habitats and Species Directive. This specie is mainly threatened due to the loss of foraging habitat and disturbances in roosts.

As in all rhinolophid bats, its echolocation is very constant with CF calls and have duration varying from 20 to 30 ms. The calls have frequencies of maximum energy between 102 and 108 kHz.